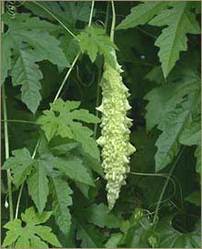 Uses : It has been used extensively in folk medicine as a remedy for diabetes. In Ayurveda, the fruit is considered as emetic, laxative, antibilous, tonic, stomachic, stimulant and alternative. It has been found to be extremely good in Diabities. The fruit is useful in gout, rheumatism and subacute cases of the spleen and liver diseases. It is supposed to purify blood and dissipate melancholia and gross humours. It has also been shown to have hypoglycaemic properties (anti-diabetic) in animal as well as human studies. It is Kapha and Pitta suppressant and due to its property it is very helpful in cooling the body so as suppresses the skin related problems caused by excess of Pitta. Due to its bitter taste, it is useful in suppressing the worm infestation.